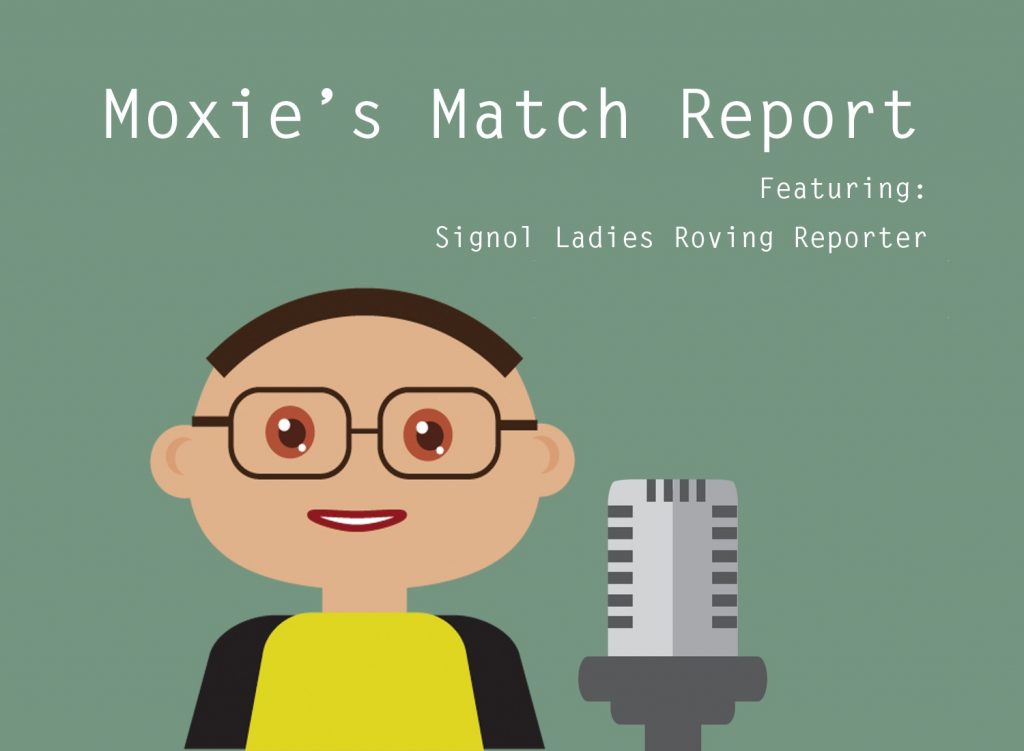 So on the 2nd we played Leigh Sonic again, out for some revenge after losing 2-0 to them when we had 8 players .

The game started very fast with Lily M showing her intent straight away, skinning their left back and whipping a cross in for Lily T, but to be fair to Leigh they defended well and also attacked well on the break, always looking to thread the ball through for their tricky strikers, but it was us that made the breakthrough first with a really good cross turned in by Lily M. 1-0 to us but Leigh soon equalised with a brilliant top right corner strike. 1-1 game on with both teams going at it and no one giving an inch.

Lily M broke down the right, beat her player (AGAIN ) and she will tell you it was a shot, but whether a shot or a cross it was a looping effort that nestled  in the net just before half time. 2-1 Signol. HT.

2nd Half. There were great displays all over the pitch to keep Leigh from getting an equaliser, using back-passes to Jada regularly, but I have to agree with Chris and Dan, Bee and Lily M both shone for the whole game. Mads doing well to drop in when Bee drove out of defence.

We saw the match out with our keeper not having much to do second half and when their team gave out our best players number it was Lily M’s number, which was unusual as it’s always Jada. Just goes to show how you can all play as a unit and work hard for each other well done.

Onto the next round well done 👍👏👏⚽️⚽️